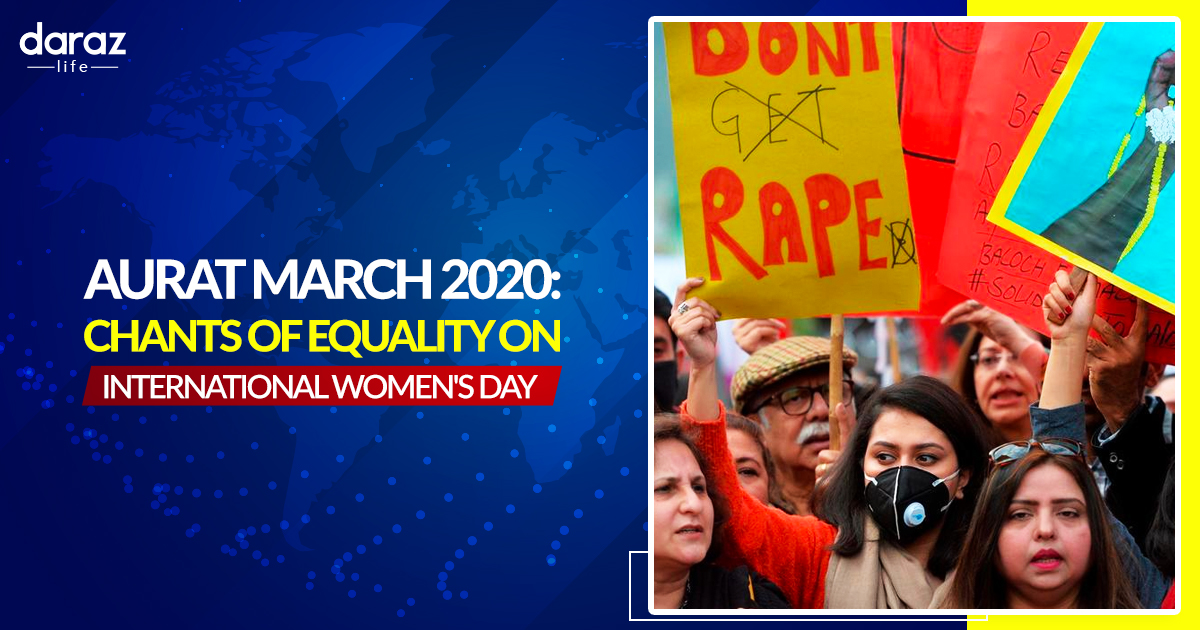 On Sunday, women all across Pakistan came out on Sunday of their homes on exercise their right for International Women’s Day by joining the annual “Aurat March.”

Aurat March is a political movement in the shape of a rally that focuses on the issues and discrimination women face in Pakistan.

This year the ‘Aurat March’ was once again held in various cities like Karachi, Lahore, Sukkur, Multan, Quetta and Islamabad. The marches were attended by women, children, men, and also transgender people.

Over the past two years, the ‘Aurat March’ has turned into a massive resistance movement against the violence, abuse, rape, sexual harassment, forced marriages, honour killings, acid attacks, pay disparity, and inheritance rights among other human rights violations