The concept of a smartphone was non-existent two decades ago, but now, we can’t seem to imagine life without a cellphone. You have heaps of brands flaunting their technological prowess on smart devices that will redefine the future of cellular smartphones, Considering how the market, especially Pakistani mobile phone users, loves getting upgraded to a spec savvy device, eye-catching and unique gadgets always find their way in an average Pakistani’s pocket. The gadget that we’ll be discussing today is the “Samsung Galaxy Fold“. Is it a tablet? is it a phone? or a phablet? Let’s unravel the device in this Samsung Galaxy Fold hands-on review online.

What is the Galaxy Fold?

Samsung’s Galaxy Fold is one of the first of its kind and as the name states, this Samsung mobile phone actually folds, like a book. This $2000 Samsung smartphone device might sound like an overpriced excuse to stay up to date in the tech world, but this could very well be a defining point in how companies built Foldable smartphones in 2021. The Galaxy Fold can be folded up the middle, thanks to powerful hinge mechanism embedded in it. The first look at Samsung Galaxy Fold will showcase its premium appeal as well as the two displays — one on the outside and another that’s revealed when you open the phone up. Samsung mobile users all over the world were waiting for Samsung Galaxy S10 series and also to know when Samsung Galaxy Fold will be released? Galaxy Fold is released on April 2019, but Samsung Galaxy Fold release date in Pakistan is a bit ahead of April 2019 as shipments and distribution take a lot of time in Pakistan.

A device unlike any before. Galaxy Fold doesn’t just define a new category, it defies category.

As mentioned before, the Galaxy Fold has dual displays. The outer display is a 4.6-inch HD+ Super AMOLED panel while the main display is a 7.3-inch QXGA+ Dyanic AMOLED canvas. The outer display on Samsung Galaxy Fold can easily manage your everyday tasks like texting, making calls, checking your social media accounts, and the inner display is when you want to turn your phone into a smart tablet. From playing video games to video calls or even scrolling through Instagram, the inner screen has an aspect ratio of 16:10, so you’ll be getting a lot more than just one standard screen to work with. Samsung Galaxy Fold’s fingerprint sensor is not built inside the screen, but instead, there’s a dedicated button for it.

Inside the Samsung Galaxy Fold

The Samsung Galaxy Fold specifications have quite a benchmark rating. Having a 12 GB RAM, this device will give you some unimaginable processing performance. The RAM is accompanied by the Snapdragon 855 chipset, which might be the most powerful Snapdragon SoC yet. Samsung has selected the Adreno 640 for the Octacore’s graphics processing unit so you can expect some quality gaming without worrying about any graphical lags or light glares on the AMOLED. Android 9.0 Pie is the stock firmware selected with the Samsung One being the default UI. One let down is that the device does not cater to expandable memory, so you’re limited to 512GB found internally.

Today, we introduce the biggest breakthrough since the mobile phone. Today, the future unfolds with Galaxy Fold. 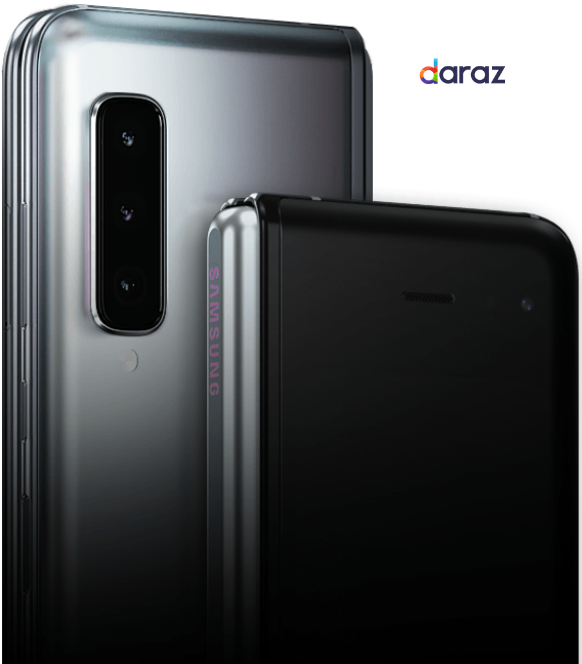 The camera game on the Samsung Galaxy Fold is incredible. You’re getting a total of 6 cameras on one phone.

With amazing Samsung Galaxy Fold features, you can confidentially take your camera game to the next level. The quality of the cameras allow the Galaxy Fold to be used in any conditions and you can expect a satisfying result from it, be it in the dark or in the blazing sun. Quality selfies, portraits, landscape shots, food pictures in different lighting, will literally be a click away.

The dual front camera turns you into star and creator. 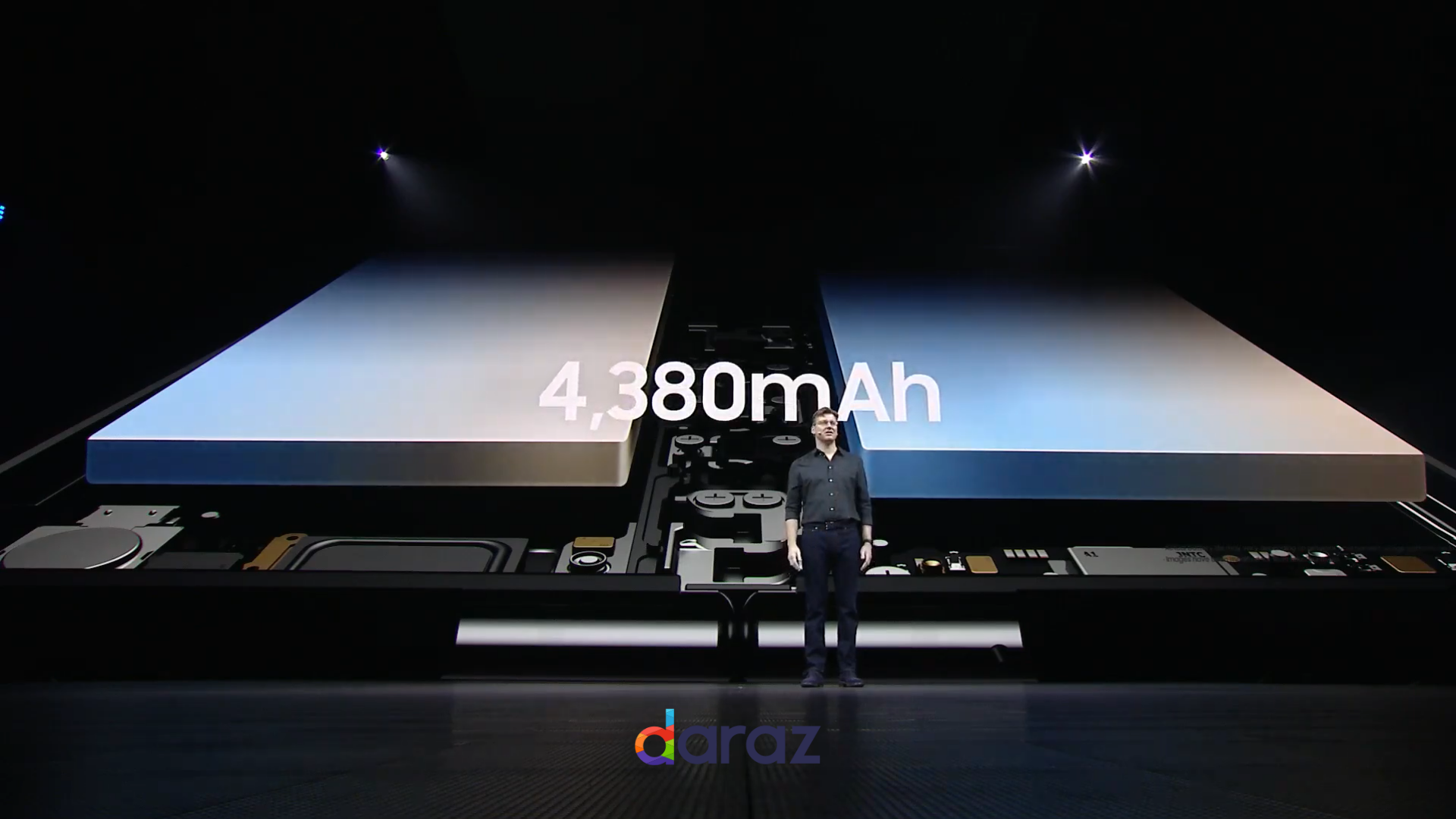 With a device that caters at such speeds and efficiency, it’s no doubt that the Samsung Galaxy Fold has a dual battery system, combining at 4,380 mAh. Samsung Galaxy Fold specs and features include the support for fast charging through both wireless and wired methods, as the device rocks a USB 3.1 Type C reversible port. Samsung has listed this 7.3 inched marvel Samsung Galaxy Fold price in Pakistan at 339,000 rupees, which you can easily buy online from it’s Samsung official store in Pakistan on Daraz.pk. Some people might simply drop the idea of getting this phone considering the Samsung Galaxy Fold price tag and specs. But it should be known that every feature discussed above is no exaggeration. Samsung really has made a powerful device that will redefine how companies design smartphones and the foldable phones are a stepping stone towards a more innovative technology that you will see in the future. The Samsung Galaxy Fold is a pioneer in bringing out new ideas and concepts on the table. And Galaxy Fold specs and features aren’t all that shabby either.

Galaxy Fold is just the beginning. Stay Connected to Discover how the future unfolds!